As refugees from the communism of post-Soviet Russia, Tenyanin’s family emigrated to the United States in the early 1990s looking for a safer life. Tenyanin was only four years old at the time, but learned English as a second language and became a de facto translator for her parents. Like many children of the 80s and early 90s, Tenyanin was a latchkey kid, and found herself in front of a computer screen as a way to pass the time. This combination of experiences led Tenyanin to be both tech savvy and extremely observant of language and human interaction, which are fantastic qualities for a social media marketer to have.

Like many budding photographers of her generation, it was the explosion of MySpace first that motivated Tenyanin to pick up a camera and make content. But it wasn’t till a friend introduced her to boudoir photography, where she has been a mainstay in the Portland/Vancouver area for years, that Tenyanin found her niche and began winning awards. The combination of her photographic skill and ability to market herself has kept her platform active, even during the Coronavirus Pandemic, but it’s her desire to push boundaries and question what makes nudity and sensuality so controversial that motivates her to pick up a camera.

While much of her paid work comes from clients, where the goal is to help them see themselves as desirable, the rest is created with models for Patreon where the goal is to challenge the status quo of what makes sexually provocative images so controversial. Tenyanin says she’s fascinated by what society deems acceptable vs what’s not, and tries to walk that fine line while guiding viewers toward the normalization of sensuality and their own bodies. “It really bugs me that in the United States you can see all this war and fighting and brutality, but yet you can’t show a woman’s nipple. What sense does that make?”

Unfortunately, the pandemic effectively shut down Tenyanin’s ability to make money purely from photography, so being a social media marketing brand manager has kept her afloat, and it’s here her experience becomes particularly useful to other photographers who need to maintain a strong and effective online presence.

When I asked her what advice she had for photographers who want to use social media marketing successfully, Tenyanin said that it is important to stay in the public eye through what is referred to as Top of Mind Awareness. For those who’ve never encountered the term, top of mind awareness is a form of brand awareness that involves putting the brand name in front of an audience consistently enough that, when the audience thinks of a service, the brand’s name comes to mind first. This is why well known companies such as Coca Cola or McDonalds still actively advertise.

For photographers who find it difficult to market consistently, Tenyanin suggests setting aside time to schedule posts that align with the brand message in advance. Then after the post is live, the photographer only needs to respond to comments as necessary. This is especially effective right now, Tenyanin says, because so many people are spending their time home online, and that means more eyes on the content. Attention is where the money is.

The entire game of marketing and advertising is gaining and keeping attention long enough to funnel people toward a desired goal, such as hiring or making a purchase. In the past, advertisers followed the “rule of 7,” which meant consumers needed to “hear” the brand’s message at least seven times before making a purchase. But, that was before the digital age, where there is infinitely more noise to contend with. Now, the amount of “touches” or contacts a consumer has with a brand before Top of Mind becomes successful is likely much higher. Bottom line? Get your message out consistently in as many forms as possible, and do it every day if you can.

So, with so much competition for eyes, how can photographers keep the attention of their target audience? The content has to be interesting and engaging, and Tenyanin says the way to do that is to tap into how the brand relates to their customers. For one of her current clients, the key to audience engagement is humor and irreverence because quirkiness is a huge part of the brand’s identity. Tenyanin also mentioned that there is a general trend toward more authentic, raw, less produced material that makes the audience feel more comfortable and connected with the brand. “They want to know that there’s a real person behind these words.”

When dealing with current events and how they affect brand messaging, Tenyanin said photographer’s have to be careful to approach things in the right way. “It’s always obvious when people are doing something with the wrong intent and just trying to make money vs. actually caring.” Even where sales or charity are concerned, she said the brand needs to be pure and transparent about their intent, or people will notice the disingenuousness and be turned off.

Knowing that, how should photographers build social media marketing pieces? Tenyanin says they should first understand what makes their business or product different from the competition, and know why potential customers should hire them.

The next part is to include something to catch attention, through imagery or video, because most people skim when they read but find it much harder to ignore an eye-catching image. Then, have a purpose behind each marketing piece, whether it’s to test engagement or to get people to click through to a website or product page, so photographers can look at the metrics to measure its success. Tenyanin urges photographers to pay attention to the analytics to find out who is engaging with their content and how they’re engaging. To that end, it’s important to include a call to action and give the audience a reason to click. But for any of that to work, photographers first need to know who their target audience is.

Tenyanin says there is a difference between a network and an audience, and if that difference isn’t clear, photographers could end up targeting advertisements at the wrong people. “The audience will buy, the network will set you up for business partnerships, or get you to do workshops or whatever, that’s your network. And your audience will be the people who are like, ‘I want your stuff, I will give you monies for your stuff.’”

Both groups are important but serve different purposes, but where marketing is concerned, if photographers target their network instead of their audience, they will likely be wasting their money.

No matter which way one approaches business, though, Tenyanin said the most important part is to realize that businesses have to stay up to date with the way things are changing and make adjustments if they want to survive. “It’s hard to keep up with the times, but you have to sink or swim, no matter what, that’s what you have to do.” And with more and more of our lives moving online for safety and sustainability, Tenyanin sees much of her business following that direction so people can consume the content safely and on their own time. She also sees diversifying as essential so that when one aspect of money making is affected...say by a pandemic, the other other aspects of the business can pick up the slack.

While the interview was clearly full of helpful information and insights, my favorite part of my conversation with Tenyanin was the end when all semblance of serious conversation evaporated in a cloud of silliness and baskets woven of human hair, full of diversified eggs and plungers. I know it sounds confusing but if you watch the interview to the end it will all make perfect sense. Or it won’t. But you’ll probably get a laugh out of it, either way.

To see more of Olga Tenyanin’s work, check out her website, or follow her on Instagram. And if you’ve used any of the marketing techniques she mentioned, let us know in the comments section how they’ve worked for you. 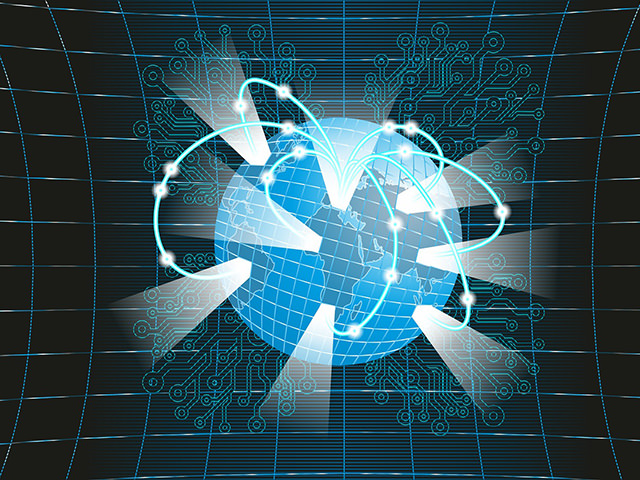 What Are The Top Signs Of The Best Social Media Marketing Agency?

How to Improve Social Media Marketing For Nonprofits?