Alright, time to prep for Social Media Marketing World. I’ll be sharing my planning process online as I go. Maybe someone will find it useful. Plus, being a SMMW newbie, I’ll take any pre-networking I can get!

Social Media Marketing World is a conference that’s being held in San Diego, CA from March 20-22, 2019. This is my first time attending. I’ve been eyeing it the past couple years. This year the timing worked out… both in terms of conflicts with other conferences, and being the same week as my daughter’s spring break.

note – links to SMMW are affiliate links. If you purchase through one of these links, I’ll make a small commission at no extra cost to you.

The in-person tickets have a wide range of price points.

$297 gets you in the door, if networking is where you’ll be spending all of your time anyway. Although with this many top speakers, odds are good there’s at least someone you’ll want to see live. (I’m totally fanboying over Zach King.) And once you are at the Marketer level for the sessions, it’s not hard to justify the extra value of the All-Access pass (networking parties, workshops and recordings).

* recordings look especially helpful if you’re networking during sessions, or if there are timing conflicts.

For many conferences, the official hotel offers additional networking opportunities during the off hours. SMMW appears to have several official hotels. But don’t delay booking longer than necessary… I wasn’t able to get my first choice (Hilton) or second choice (Hyatt) for the dates needed (arriving Tuesday). The Omni still had availability on 3/19 when I booked in late January, despite what the SMMW site said at the time. But this situation is probably changing quite a bit a we get closer.

SMMW has the most attention paid to networking of any conference I’ve attended. Already. 1 month out, before even stepping foot in San Diego. I’m not joking. Here are two big reasons why.

Facebook Groups – there are almost 20 subject-specific groups to get people talking, along with a zillion sub-topics in the Connections Corners group.

Then there’s the official conference app which is networking on steroids. There are dozens of diverse meetup you can join, and anyone is free to add their own activity. Already, I’m signed up for an early morning power walk, an early morning coffee, and I’m trying to decide between the dinner meetups for podcasting vs. YouTube. Plus, there are even more conversations about the area… getting around, things to do, and answers to any other question you may have.

The funny thing is… I was bought-in on the idea of SMMW’s networking thoughtfulness after reading the page on their site about it, even before knowing about the two resources above!

update – the schedule has been released for ticket holders on the SMMW app!

After reading the descriptions and flipping a coin or two, here’s my rough plan.

Already, some interesting sessions are being crowded out, like the one on creating video on your phone. But funny enough, these scheduling conflicts have me checking out people’s YouTube channels sooner than later. I’m watching Justin Brown’s channel while reading this and getting useful app suggestions.

Brain freeze time… harder choices than any conference in recent memory. There are 9 or 10 sessions at a time, and many of the speakers would be the main attraction at other conferences.

On the plus side, you are VERY likely to find something from one of your favorite speakers, or something super relevant to a task you are trying to accomplish. On the flip side, there will be times when you want to see 2 or 3 or more sessions at the same time.

On the conference app, you can build a schedule of the sessions you plan to attend. You can also give hearts/likes for the sessions… my advice is to use these hearts to remind yourself what you want to view later if you got a plan with the recordings.

Here is my rough plan for now. I’ll re-evaluate this again before the show. In the meantime, I’ll be checking out a lot of new podcasts and YouTube channels.

Trying to remember things I wish I had at previous conferences…

Here are some guides from past attendees. 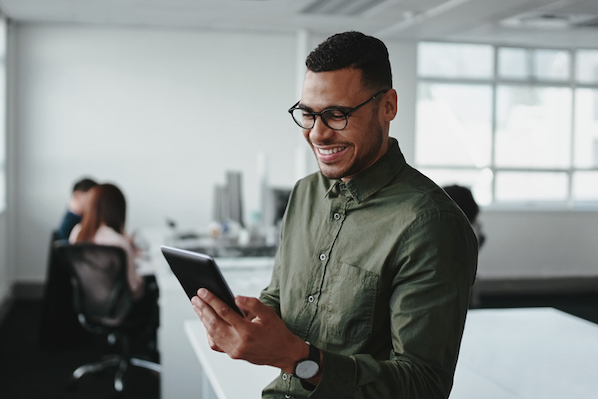 Social Media Marketing Examples of What to Stop, Start, and Keep Doing in 2020

Creat The Best Social Media Marketing With These Ideas