The operators of the Dakota Access pipeline seemed to brush aside concerns about global warming and the effects it may have on their business in an official filing, saying the phrase "climate change" is "undefined, vague, and ambiguous."

That comment, filed in August with regulators in Illinois, comes as the pipeline's operators try to more than double the capacity of the crude oil conduit - and as environmentalists still rail against the pipeline that has become a flash point over fossil-fuel infrastructure in the United States. The Obama administration held up the Dakota Access pipeline after months of protests from environmentalists and Native Americans only for President Donald Trump to greenlight the project once taking office in 2017.

The pipeline's operators are seeking permission from Illinois to add a new pump station to move extra oil in the 1,900-mile pipeline system of which the Dakota Access pipeline is a part.

Environmental groups, including Sierra Club and Save Our Illinois Land, have asked the pipeline operators for "all documents and communications" from the pipeline's "ultimate shareholders . . . concerning the impact of climate change" on their business and operations as part of the permitting process with the Illinois Commerce Commission.

In response, lawyers for the pipeline operator said that "the phrases 'ultimate shareholders' and 'climate change' are undefined, vague, and ambiguous."

Owen McBride, a lawyer representing the Dakota Access operators in front of the Illinois Commerce Commission, referred inquiries to Energy Transfer. Energy Transfer spokeswoman Vicki Granado said "we will let our comments in the docket stand."

It is unclear whether the company meant the notion of human-caused climate change is vague or if it more narrowly meant the environmentalists' request was too imprecise to answer.

The pipeline operators called the request "overly broad" and "unduly burdensome" for simply permitting a pumping station, and told the environmentalists to look at the parent companies' public disclosures on climate change.

In filings with the U.S. Securities and Exchange Commission, Energy Transfer, like many other companies in the oil business, has suggested that warmer temperatures could drive down demand for heating fuel while more intense hurricanes could damage coastal terminals for exporting natural gas.

But Sue Reid, vice president of climate and energy at Ceres, a nonprofit organization that coordinates investors' efforts to cut carbon emissions and is not involved in the Illinois matter, suggested "the objection to terminology like 'climate change' is just absurd."

"What matters is that it is quite clear what is being asked for," she said.

John Albers, a lawyer representing the Sierra Club, argued comprehensive document requests such as this one make sense at the start of permitting proceedings. "Whenever you have lawyers answering questions, you don't want to give them any wiggle room," he said, adding that his team had expected Energy Transfer to negotiate about the scope of the request.

The decision about which documents the pipeline operators need to turn over - as well as whether to approve the pumping station at the center of the fight - is still before the Illinois commission. The environmentalists have also asked for information about how quickly the oil will flow and how much demand there will actually be for the extra oil.

During his last days in office, President Barack Obama halted construction on the pipeline, meant to deliver Bakken shale oil to Gulf Coast and Midwest refineries, after months of protests from the Standing Rock Sioux tribe and other Native American groups.

The indigenous groups, as well as national environmental organizations such as Greenpeace, were concerned not only about potentially imperiling drinking water and disturbing sites sacred to Native Americans, but also about building out more oil infrastructure that will perpetuate U.S. contributions to the changing global climate.

But one of Trump's first acts in office in 2017 was to sign executive orders reviving both Dakota Access and Keystone XL, another pipeline project that was met with similar protests during Obama's term.

With that greenlight, the completed Dakota Access conduit began delivering oil to customers that June at a capacity of 500,000 barrels of oil per day. Now Energy Transfer wants permission from state regulators to increase the volume to as much as 1.1 million barrels daily.

Regulators in South Dakota have already approved an additional pumping station there, but their counterparts in Illinois and North Dakota still have to decide on approving additional stations.

This article was written by Dino Grandoni  , a reporter for The Washington Post. 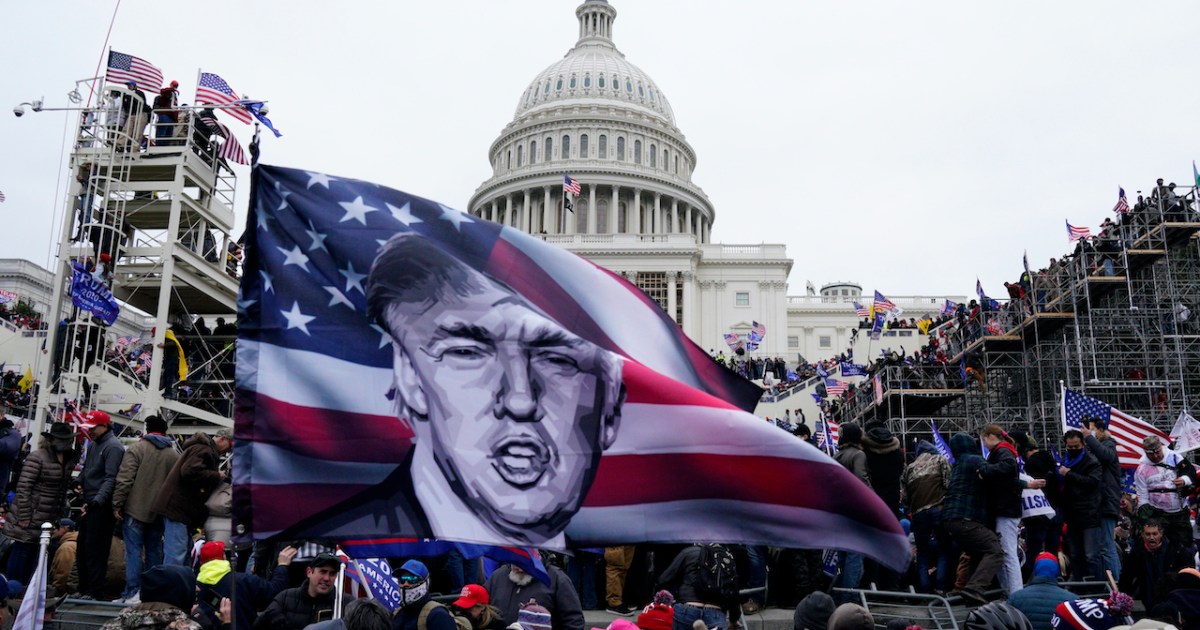 Whats next for the Party of Trump? undefined News